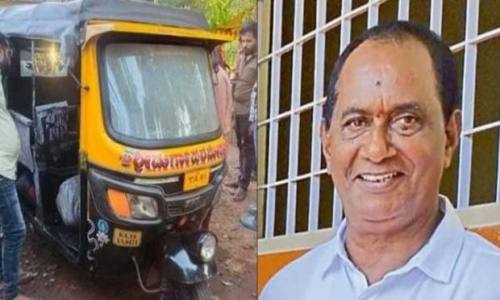 Briefing the media, ADGP (law and order) Alok Kumar said, "The innocent auto rickshaw driver K Purushotham,60, who was a victim of an act of terrorism, is being given the best treatment in the hospital. He has been asking his kin about the condition of his vehicle even as he is being treated in hospital for his injuries caused by the blast Since he is a victim of a terror act, compensation will be paid to him by the government. He has suffered about 25% burns. His auto rickshaw to has been damaged. Already, discussions have been held with the DK Deputy Commissioner, on the compensation to be paid to him. I have also spoken to his family members as well."

ADGP further said, “I urge citizens not to take losing Aadhaar cards lightly because Aadhaar cards can be used for illegal activities, which is proved in the case of the Mangaluru blast. If an Aadhaar card is lost, then it should be reported to the nearest police station immediately. The neighbourhood watch system needs to be strengthened in the state, wherein neighbours can inform the police, on noticing any suspicious activities in the neighbourhood. Further, CCTV coverage needs to be increased, which in turn will help in preventing crime, as well as in getting inputs from the spot, after a crime is committed. We are thoroughly investigating this case, and once the accused is discharged from the hospital we will interrogate him more, and try to get more information”.