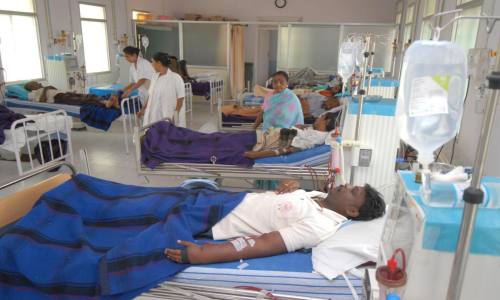 Over 4,000 renal patients undergoing dialysis in 122 government-run units across the State have been hit following a protest by employees of these units on Thursday.

Demanding restoration of the salaries paid before the transfer of the dialysis scheme from BRS Health and Research Institute to Kolkata-based ESKAG Sanjeevini Pvt. Ltd. in January this year, over 600 employees, including dialysis technicians, nurses and ‘D’ group staff, manning the 122 dialysis units, staged a protest in the city on Thursday.

Following this, patients due for dialysis on Thursday either missed the life-saving procedure or were forced to get it done a day before or get it postponed.

Chandrashekar, a technician from H.D. Kote taluk hospital in Mysuru district, said the new agency is paying salaries that are far less than what they were getting earlier.